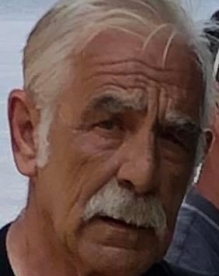 age 70, of Beecher, passed away peacefully Sunday June 19, 2022, at home surrounded by his family. He was born on October 27, 1951; son of the late Clifford and MaryJane (Colonno) Flannery. 34 years ago Barry met the love of his life and married Donna Dibble on July 6, 1999 in Iron Mountain. He loved working outside with his hands, doing yardwork, gardening, and enjoyed fishing and hunting. He truly had a passion for the outdoors. He owned Stix and Stones Tree Farm for many years and even built his own home where the tree farm used to be. Barry always had vision and put his mind to everything he did. A true perfectionist and he was a man of his word. Barry also enjoyed lending a hand to all who he could help out.

There will be a Private Family Service at a later date.

My goodness. Love you guys!!! Sooooo sorry. Will miss him dearly!!!! Donna. Praying for you!!!!
I am so sad to hear about the passing of sweet Barry. He was a truly wonderful man and his kindness was priceless. My thoughts and prayers are with Donna and his family. Rest in Peace Barry, you will be missed.
When I bought my cabin Barry was the first person to offer his help when I started renovations. I appreciate his friendship and kindness over the past 16 years. My condolences to Donna and the rest of his family. RIP my friend!
I remember you invited us me and your brother Cliff up north to your place I loved it up there you were planting all Christmas trees , we went Bow hunting , and snowmobiling , R I P Berry you will be missed.
To you all, may he find peace and comfort now watching over you in happiness.
Dear Mark,Dina and Family Out sincere condolences on the passing of your father Barry,please know we are sending loving hugs and prayers and hope that you all will find peace in your hearts and cherish all the loving memories you have of your dad. We hold you in our hearts with love and affection. God speed Mr. Barry Flannery,shine bright enjoy the hunt❤️❤️❤️
I’m going to miss you bro
Dear,John, Dina ,Mark my prayers and thoughts are with you all. Just know your dad is wrapped around in the Lords arms. And is at peace. He is with Gpa, Clarance and Randy up there talking hunting and fishing stories. His heart was the north woods. GPA and Randy welcomed him up here in Gods Country perched among the pines Looking down at all of us! Hugs!