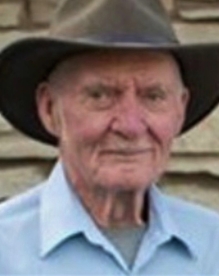 age 93, of Pembine, died at ProMedica on November 22, 2021. He was born in Amberg on May 6, 1928; son of the late Alvin and Barbara (Anglemyer) Perry. Alvin was united in marriage to Janette in 1949 at the White Rapids Church in Chalk Hills. Alvin enjoyed working in the woods for his entire adult life. He loved tending to his vegetable garden, crafting, hunting, fishing and playing bingo and camping with Janette. Alvin even built a houseboat that he used to travel the Menominee River. Alvin truly was an artist.

Private family services will be held with burial in the Pembine Cemetery.

Sorry I did not put my email [email protected]
I was looking through old items of my parents and one of the things I found was a service picture of Alvin Perry . Was he in the army ? I could send it to you if you would like it .
So glad I got to see him a couple weeks ago. He was a good story teller. He is now at peace. Best wishes to you and the family.
So sad to hear of the passing of Uncle Alvin. Our deepest condolences to the whole Perry Family.
My condolences to the Perry family. I always enjoyed his stories at deer camp. He had a dry sense of humor and a wealth of knowledge. His woodworking skills were also impressive. He will be missed.
I am so sorry for your loss I have fond memories of when Al and I stopped to visit.
Roxane and family, We are truly sorry to hear about the passing of Alvin. We're all thinking of your family during this difficult time and wishing you peace and comfort in the difficult days ahead.
Please accept my deepest condolences for your loss. I wish you peace and comfort as you grieve. Uncle Alvin will be missed by all.
Alvin was great man, he will be missed by all who knew him. He was known to my grandchildren, Brandon and Alyssa as "Old Papa", not to be confused by my husband their grandfather. My thoughts and prayers are with the whole family. RIP